Description of the data we recieved 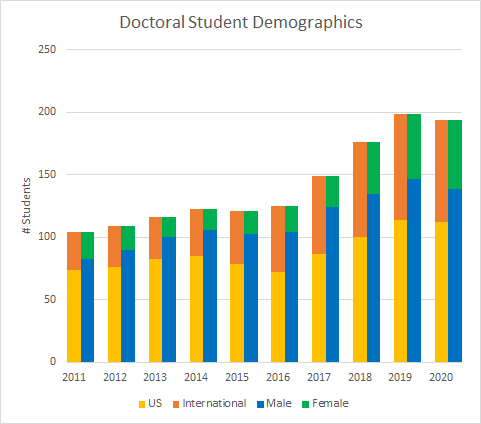 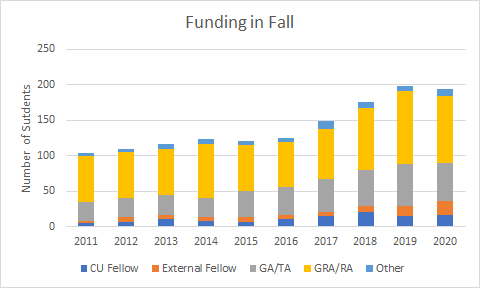 Time to A Exam 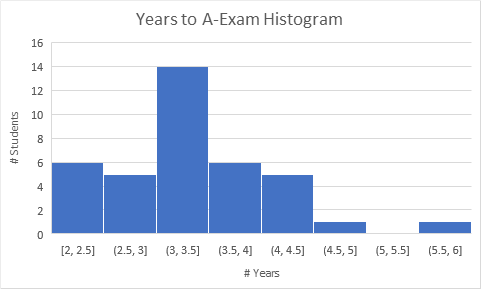 In IS it is most common for people to take A exam at the beginning of their fourth year (between 3-3.5 years), with approximately the same nubmer of people taking the exam in the year before that as the year after that. No one takes their exam earlier than their third year. 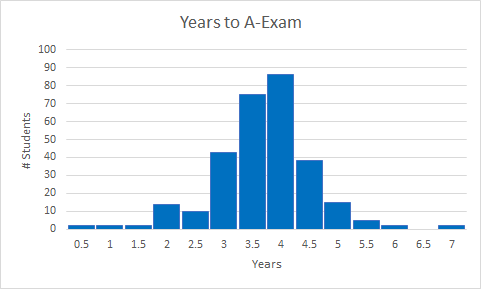 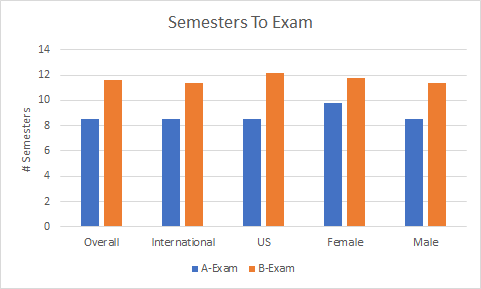 Women in CS usually take their A exam approximately a semester later than men. However, both women and men still graduate at the same time. This indicates that women in CS take less time between completion of A exam --> B exam.

Time to B Exam 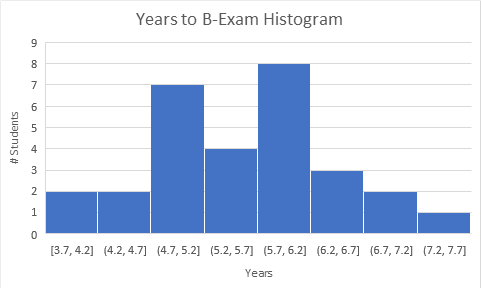 In IS most people graduate in either 5 or 6 years. If they don't graduate in 5 years, it is more common to take 6 years than 5 and a half.